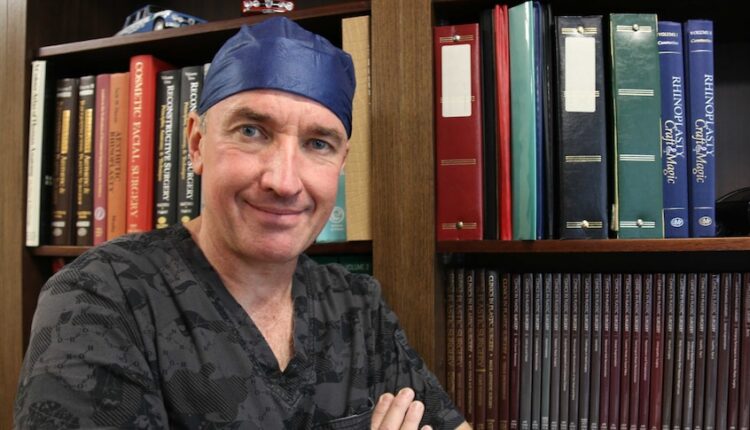 Australia’s top organization for specialist plastic surgeons is calling for a form of tummy tuck to be subsidized by Medicare.

The surgery, known as a radical tummy tuck, can be used to treat chronic back pain and / or incontinence acquired during pregnancy.

Canberra’s mother of two, Rachael Nano is one of approximately five million Australian women who sustained a number of abdominal injuries during their pregnancies.

“I really felt like a hostage because I never knew when it was going to happen,” said Ms. Nano.

“Things weren’t right and I really felt like a prisoner of this instability.”

Eight years ago after the birth of her second child Alexander, Ms. Nano suffered from regular and sporadic “excruciating, intense and debilitating” back, hip and pelvic pain.

She also suffered from tension headaches, radiating sciatica, and, like many mothers, developed urinary incontinence.

“You can compare it to a sausage that was cooked and exploded,” said Ms. Nano.

“That’s exactly how it is. All the innards are bursting out.”

Despite the persistent complaints, Ms. Nano said she was still very reluctant to get involved in the elective surgery because she considered it too “radical and extreme” at the time.

Instead, she relied on a stabilizing waist belt and tried a number of other nonsurgical therapies and treatments, including physical therapy, chiropractors, Pilates, and pain relievers.

However, she said the intense schedule of activities provided only short-term relief, and the next flare-up would often result in hospitalization.

“It gave me my life back”

Ms. Nano said that since her tummy tuck two years ago she felt like “everything has been saved” (ABC News: Adrienne Francis)

In “desperation” two years ago and after repeated urges from her physical therapist, Ms. Nano decided to invest about $ 20,000 (including GST) in the tummy tuck.

The four-hour major surgery was followed by six weeks of recovery.

But Ms. Nano said it was “life changing”.

Your surgeon was Dr. Alistair Taylor of the CAPS Clinic in Canberra. He performs around 60 tummy tuck surgery every year.

Taylor said about 20 of these surgeries involved patients seeking to remove excess skin after radical weight loss, with the remainder being mostly women who experienced chronic pain after pregnancy.

Dr. Taylor was also the lead author of a peer-reviewed Australian study published in the prestigious US journal Plastic and Reconstructive Surgery on Wednesday.

He said the study showed what specialist plastic surgeons had long suspected – that the procedure, the radical tummy tuck, was more functional than just cosmetic.

Taylor said the study included eight other surgeons and 214 Australian patients, who were monitored for six months, and patients with weight loss were excluded from the study group.

“It was clear we were over the moon with the results,” he said.

“Shame and Scandal,” this procedure is not covered by Medicare 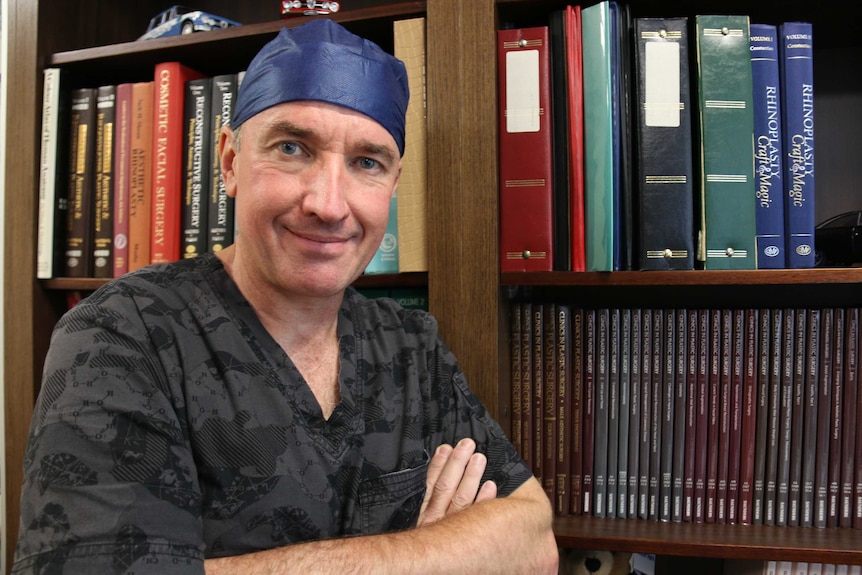 Dr. Taylor is one of a group of surgeons calling for a review of the decision to remove surgery after pregnancy from the Medicare bill of quantities. (ABC News: Adrienne Francis)

Dr. Taylor and Australia’s Top Panel for Specialized Plastic Surgeons are calling on the Federal Department of Health to review a decision made two years ago to remove a tummy tuck from the Medicare benefit plan after pregnancy.

“The operation would cost roughly half if it were done in a private hospital compared to what it currently costs,” said Dr. Taylor.

He and other surgeons are preparing a formal filing with the Federal Department of Health and Secretary Greg Hunt.

Women like Ms. Nano support surgeons calling for Medicare to reclassify the procedure to cover other mothers with acquired pregnancy injuries.

“That was an injury I sustained during pregnancy,” she said.

“It is an absolute shame and scandal that Medicare does not cover this.

“There are hundreds, if not thousands, of women fighting.”