Sharon Osbourne, 70, looks VERY fresh-faced as she steps out with family in LA 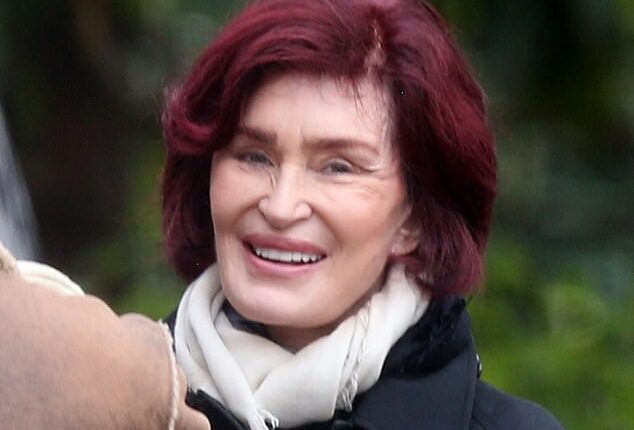 Sharon Osbourne looked very fresh-faced on Saturday as she met up with son Jack, his fiancée Aree Gearhart and their daughter Maple in Los Angeles.

The TV judge, 70, revealed her taut, glowing and line-free visage as she greeted her son, 37, his partner, 31, and their baby, five months ahead of a day of house-hunting in California – eight months after detailing her ‘horrendous’ 2021 facelift.

A glamorous Sharon, who accentuated her features with eyeliner and a slick of rose gloss, wore her scarlet tresses elegantly coiffed and bundled up in a black jacket and scarf.

Doting grandmother Sharon was seen blowing a kiss at Maple as she smiled at her grandchild during the day.

Sighting: Sharon Osbourne looked very fresh-faced on Saturday as she met up with son Jack, his fiancee Aree Gearhart and their daughter Maple in Los Angeles

Dad of four Jack wore a black hoodie, jeans and an orange hat for the day while Aree wore a patterned sweater.

The outing comes eight months after Sharon – who has always spoken openly about her plastic surgeries – revealed she underwent a ‘horrendous’ apparent fifth facelift the year before.

In an interview with The Sunday Times, the former The Talk co-host shared that she had a facelift in 2021 which left her with a ‘horrendous’ outcome. 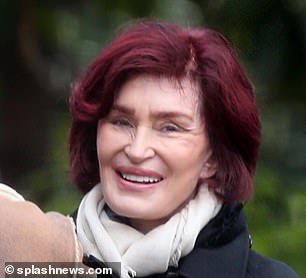 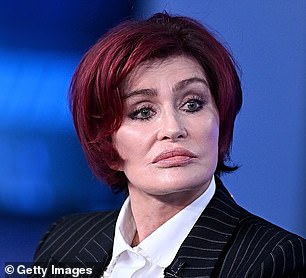 Now and then: The TV judge, 70, revealed her taut, glowing and line-free visage as she stepped out (L), Sharon is pictured R in September 2022 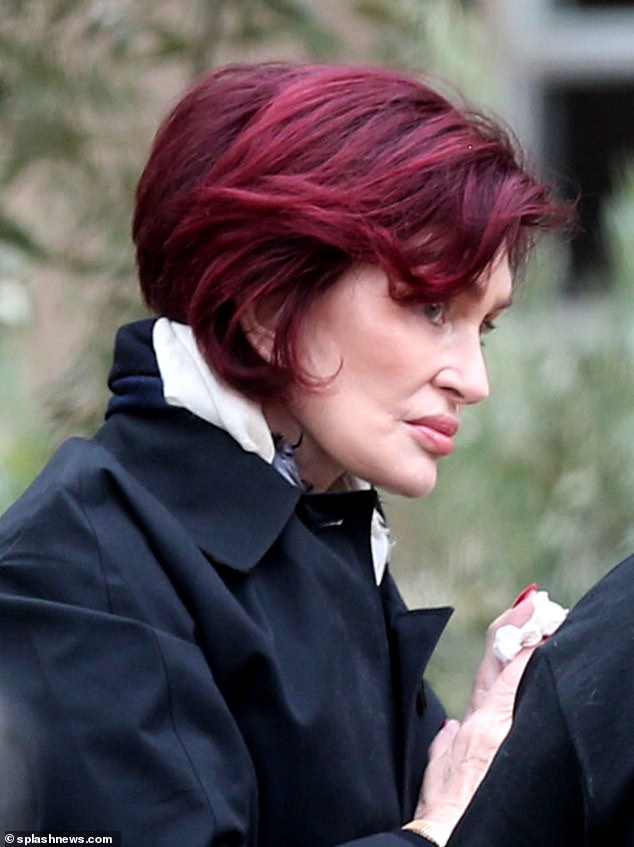 Outing: A glamorous Sharon, who accentuated her features with eyeliner and a slick of rose gloss, wore her scarlet tresses elegantly coiffed 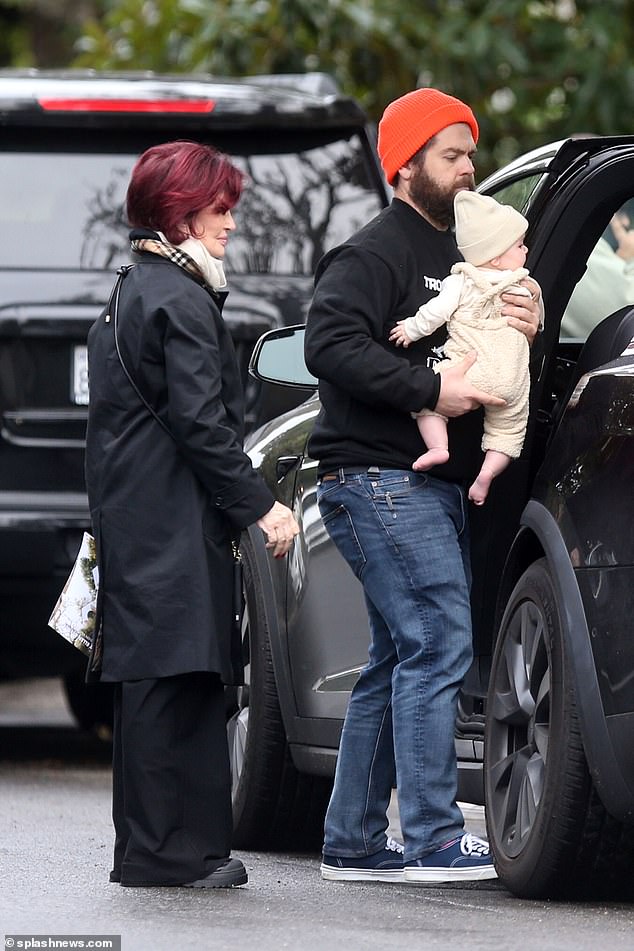 Cute: Sharon was on hand to help Jack with Maple as the family checked out a house 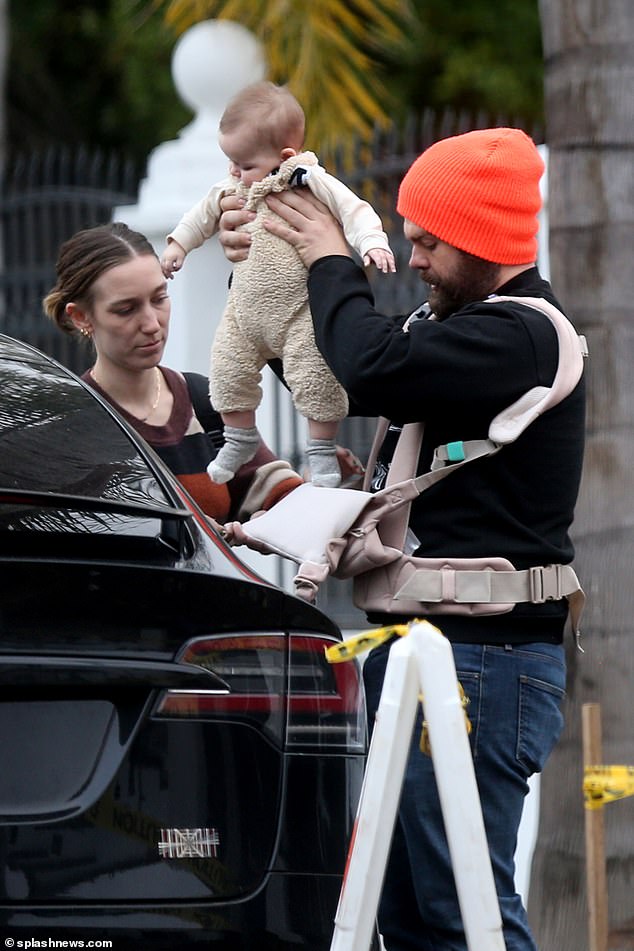 Family: Jack was a doting dad as he lifted Maple out of the baby carrier as Aree looked on 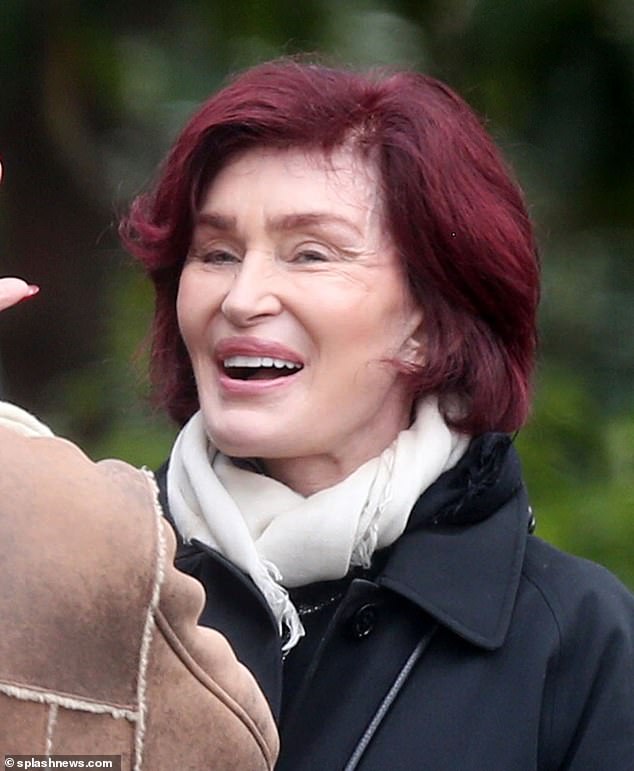 Laugh out loud: Sharon looked in good spirits as she spent the day with loved ones

The British-American television personality revealed that the surgery took place in October 2021.

‘I had a full facelift done in October and I looked like one of those f***** mummies that they wrap [with bandages],’ she said.

‘It hurt like hell. You have no idea,’ she added of the cosmetic surgery, which took five and a half hours. 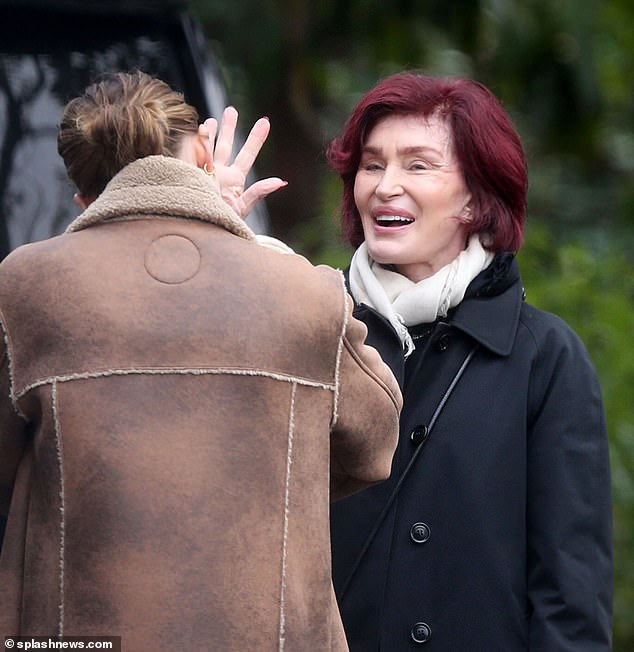 Radiant: The star waved as she prepared to head inside the mansion 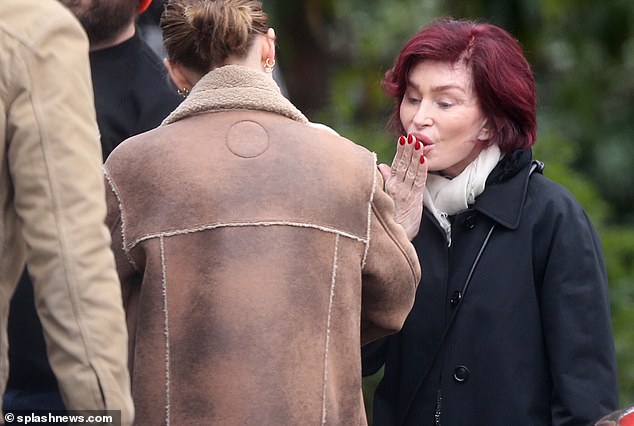 Kiss: Doting grandmother Sharon was seen blowing a kiss at Maple as she smiled at her grandchild during the day 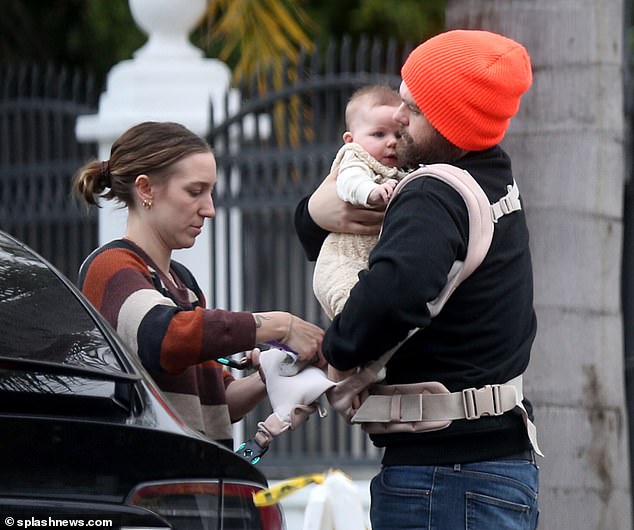 Family: Aree and Jack doted on their five-month-old Maple 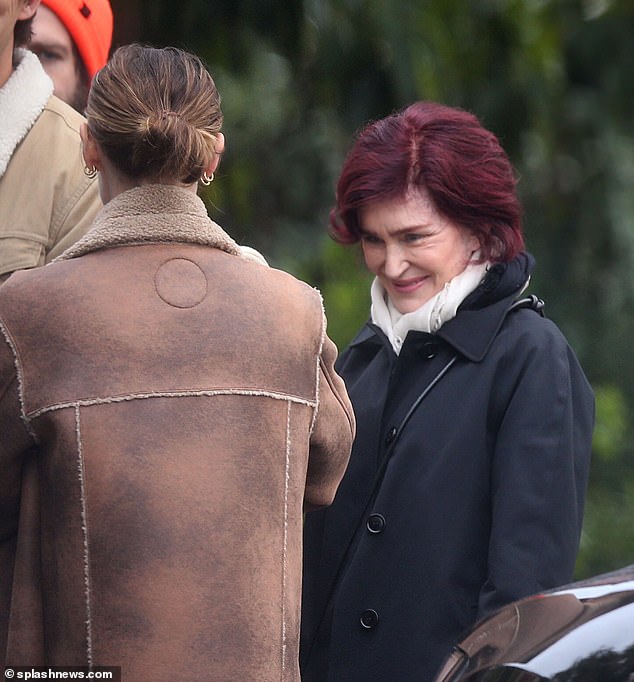 Doting: Sharon was delighted to be spending the day with her family 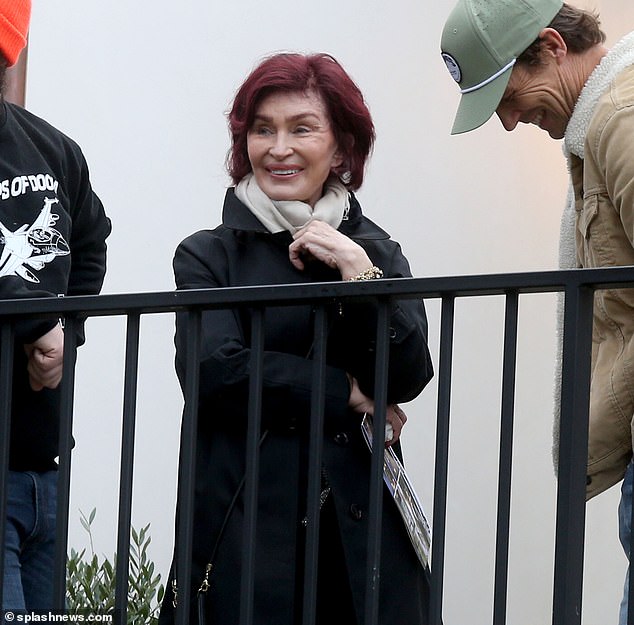 Smile: Sharon looked glamorous as she stood on a balcony 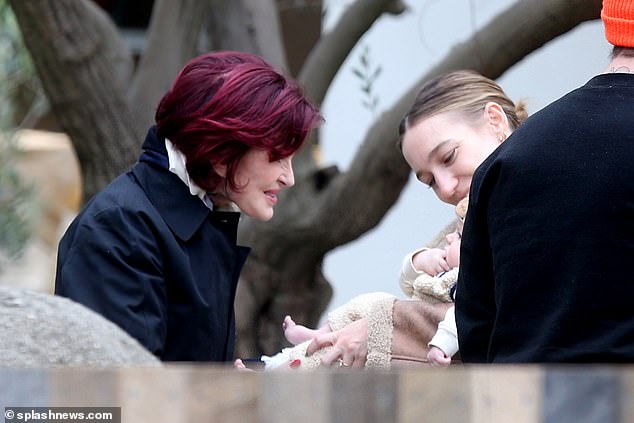 Grandchild: Sharon was seen playing with Maple during the day

The author’s iconic singer-songwriter husband Ozzy Osbourne, 73, apparently concurred that the results were not great and offered to pay to fix it. 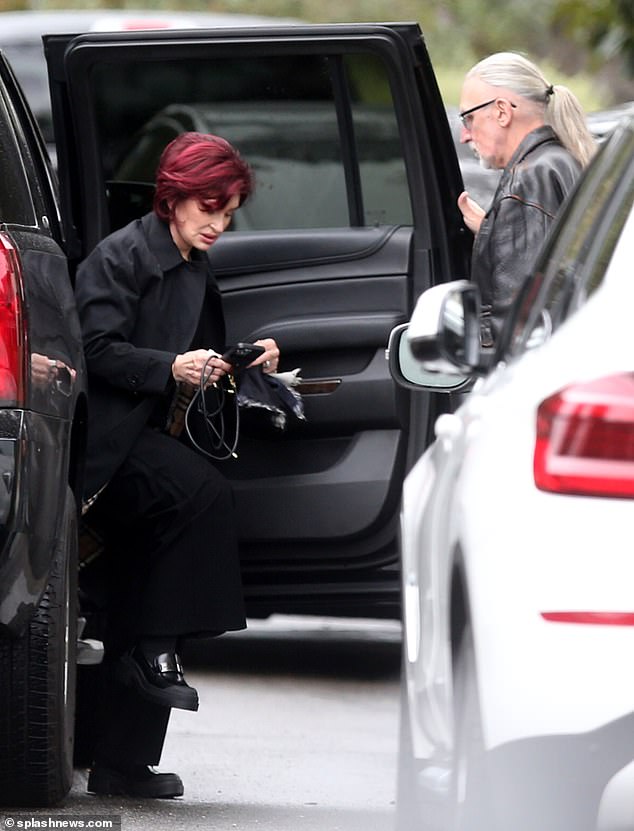 Off she goes: The star looked stunning as she climbed out of her car 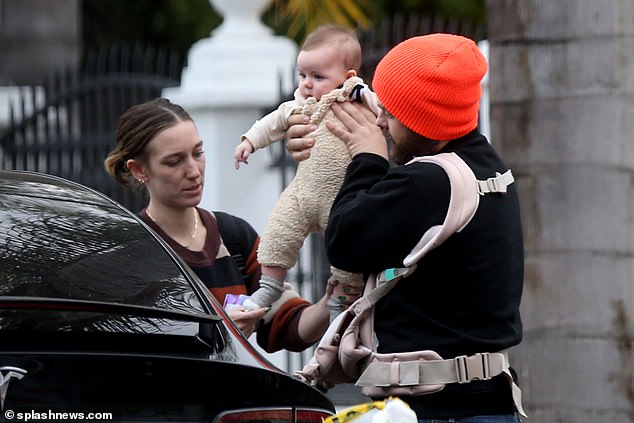 Family first: The family looked relaxed as they headed into the home 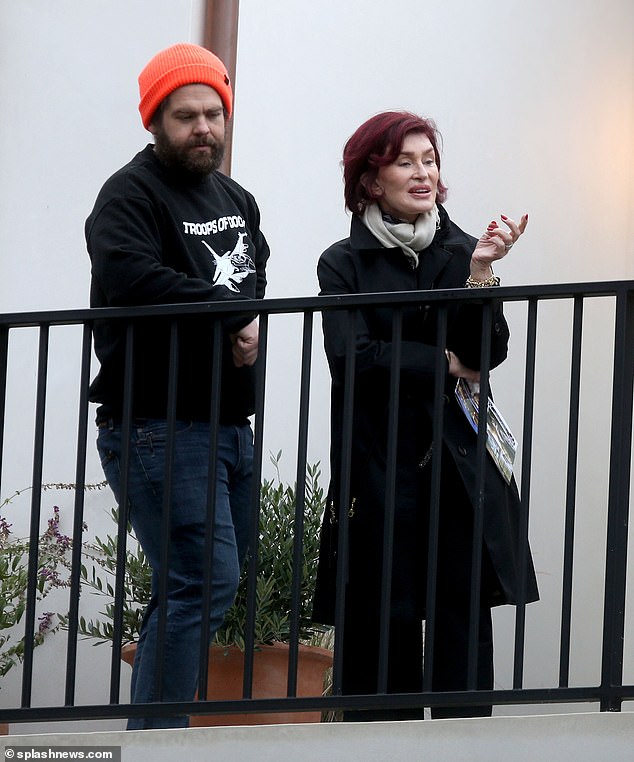 Chat: Sharon looked animated as she spoke with Jack on a balcony 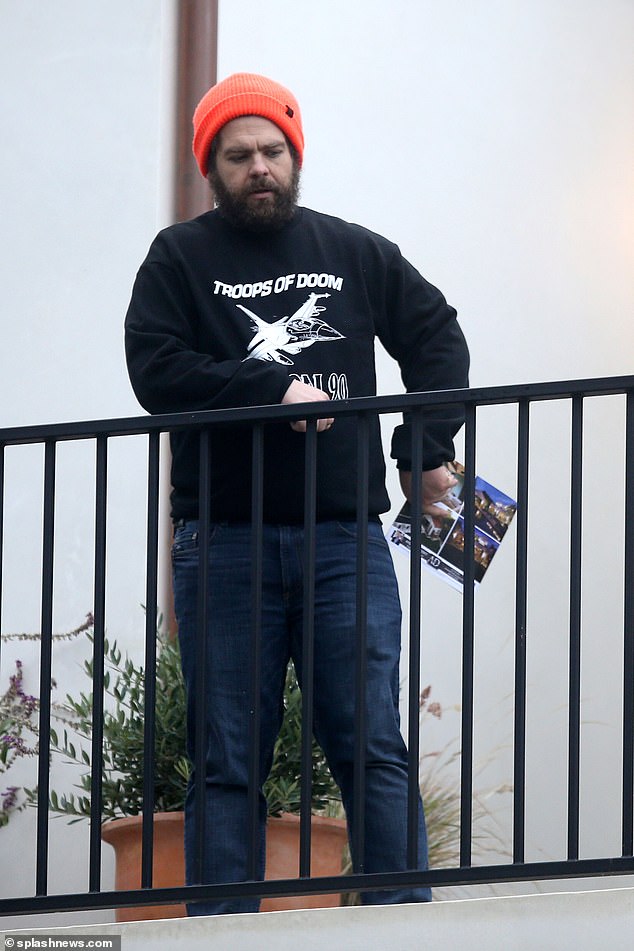 Casual cool: Dad of four Jack wore a black hoodie, jeans and an orange hat for the day while Aree wore a patterned sweater 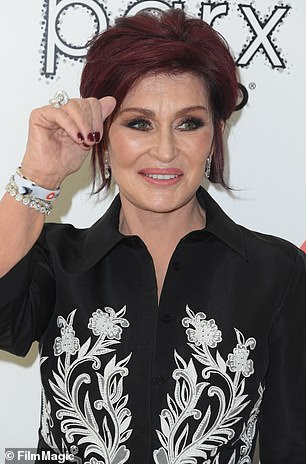 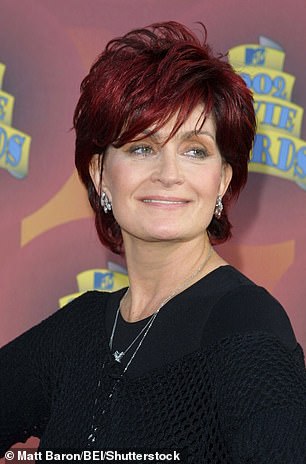 New face: In April this year Sharon opened up about a facelift she had done last year which left her with ‘horrendous’ results (Pictured left in 2022; Right in 2002) 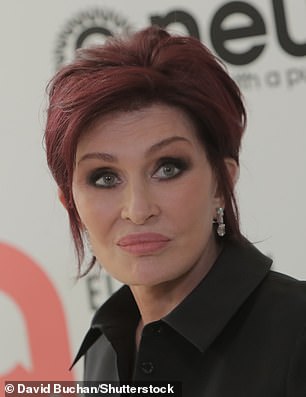 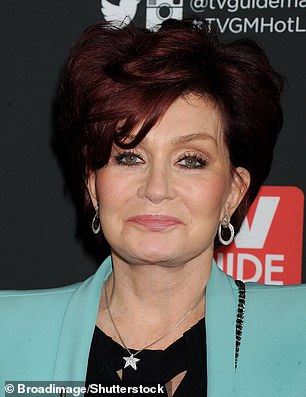 The results: ‘One eye was different from the other. I looked like af***** Cyclops’ she said about the procedure in a recent interview (Pictured left in 2022; Right in 2013)

Osbourne has always been open about the procedures she’s undergone over the years, which includes a gastric band, full facelift, tummy tuck, an eyelift, abdominoplasty and botox.

In September 2019, the former X Factor star debuted the results of her fourth facelift as her show The Talk returned for it’s 10th season.

The star, who went under the knife five weeks before the show, confessed to the audience that she lifted ‘everything up’ to look ‘more refreshed.’

‘Everything was just lifted up so it looks more refreshed.’

And she was the living proof of the quote ‘beauty is pain,’ confessing that she was still experiencing ‘a little bit of pain’ especially under her chin.

‘You can’t complain when you wanted to do it,’ she offered, admitting she brought the discomfort onto herself.

Supportive: The author’s iconic singer-songwriter husband Ozzy Osbourne, 73, apparently concurred that the results were not great and offered to pay to fix it: Pictured in 2002

She also discussed the procedure in an October 2019 appearance on The Kelly Clarkson Show.

‘I had this thing where they lifted up my mouth and then for the first week I couldn’t feel my mouth, I can hardly feel my mouth now, to be honest with you,’ she said.

‘I couldn’t find my mouth. It was numb and it was up on one side and I looked like Elvis. All the kids and Ozzy are going, “Why are you snarling at me?” And I’m like, “I’m not snarling; I’m not doing anything!”‘

The last time she debuted her ‘new face’ was back in August 2016 when she returned to the judging panel of UK version of The X-Factor looking remarkably different.

Speaking about her fourth facelift on Loose Women back in May, she said her cosmetic enhancements were just like ‘servicing a car.’

‘There is a new operation now where they cut you here,’ she said, while touching the area between her nose and her top lip. 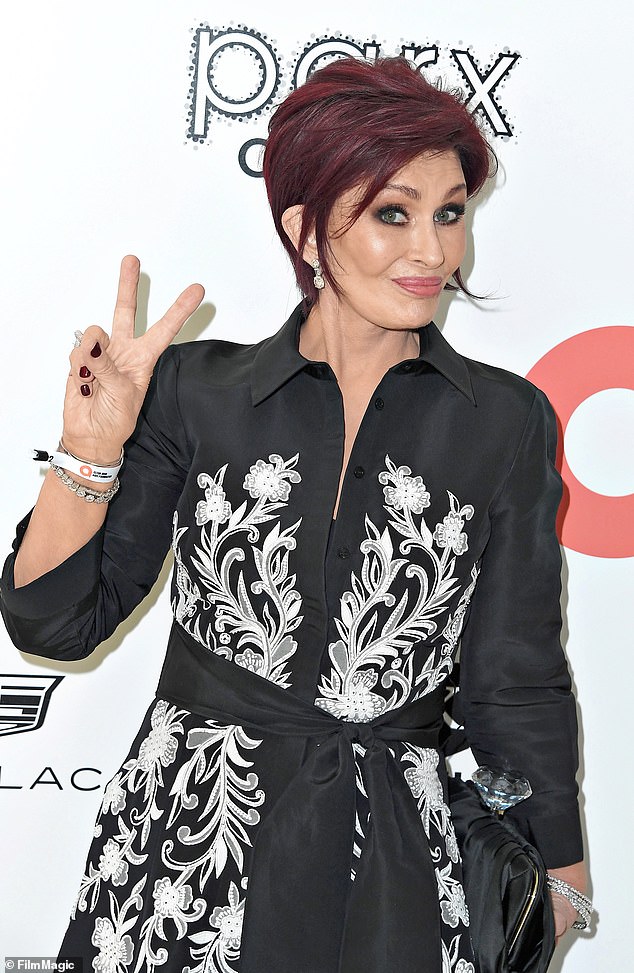 Coming around: Seven months after the procedure the star said she growing to like her look, and said that her face is ‘settling now’; Pictured at the Elton John AIDS Foundation’s 30th Annual Academy Awards Viewing Party in 2022

‘As you get older, have you found, ladies, that your lip seems to drop and it’s a longer space between your nose and your lip? I have this long gap, so they cut you and they lift it up.’

Her recent work comes after she vowed in her 2013 memoir, Unbreakable, that she was done with enhancements, while also listing everything she had done in the past.

‘There’s not much I haven’t had tweaked, stretched, peeled, lasered, veneered, enhanced or removed altogether,’ she wrote.

‘I don’t think I’m as bad as some women – like Jocelyn ‘Bride of’ Wildenstein. But I won’t be having any more cosmetic procedures.’ 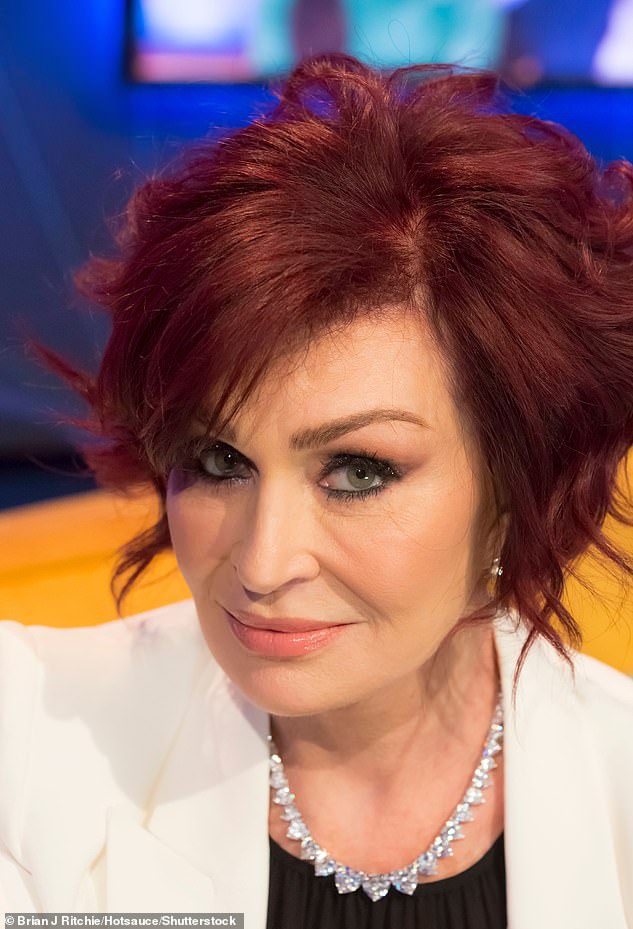 Honest: Osbourne has always been open about the procedures she’s undergone over the years, and spoke about up getting a face lift in 2019; Pictured in 2019 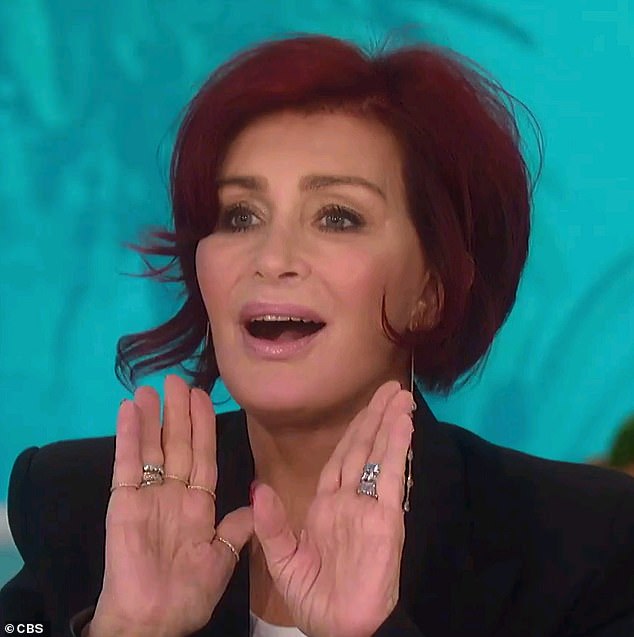 1999 saw her lose over 100 pounds through a gastric band operation.

She revealed she had spent $120,000 on a facelift, tummy tuck, eye lift, abdominoplasty, liposuction and botox as well at the time.

The TV host had various tummy tucks, a breast reduction, vaginal cosmetic surgery and got a double mastectomy in 2012 after learning about her risk of developing breast cancer.

Sharon is married to Ozzy Osbourne and the pair have been together since 1982. 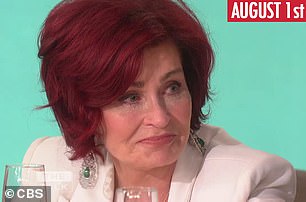 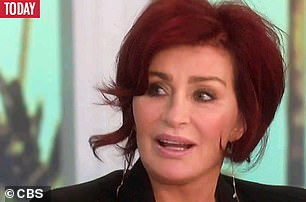 Before and after: Like Sharon had hoped for, her look sure did make her look more refreshed compared to her appearance on August 9, 2019

Teen Mom fans fear for Farrah Abraham after appearing unrecognizable in new video, accusing her of ‘way too much filler’