How beauty became our damaging obsession 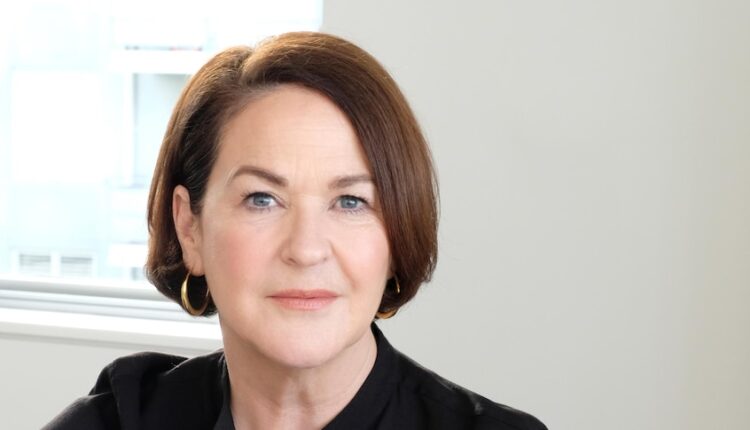 Australians’ body image problems are getting worse. Amidst an ‘epidemic of body image anxiety’, could one simple act change everything?

The term ‘body modification’ covers everything from hair-dye and braces, to lip fillers, nose jobs and butt augmentation.

What’s considered normal or extreme comes down to who you hang around with: depending on your social circle, you might consider make-up unusual, or regular botox injections the norm.

But across the spectrum of procedures, there are two powerful common points.

More of us are opting for body modification than ever.

And more of us are judging the choices others are making.

UK philosopher Heather Widdows says we are increasingly comparing ourselves to others online, with a “moral judgment that goes both ways”.

And it’s becoming a destructive force.

Heather Widdows believes that beauty is given disproportionate value in our lives.(supplies)

“We have an epidemic of body image anxiety,” Professor Widdows says.

“We have to move away from that.”

In Australia, more than 43 per cent of people are highly concerned about their body image, according to Monash University’s Body Image Research Group.

In a study of over 3,000 mostly female Australians, aged 18 and over, the Butterfly Foundation found that over 70 per cent said appearance was “very important” and wished they could change the way they look.

Roughly one-fifth of the respondents had attempted to change themselves to look like images they saw on social media. Almost helped felt pressure to look a certain way.

Behind statistics like these is the influence of beauty ideals on body image — and it’s time to talk about that, Professor Widdows says.

“We need to start taking it seriously.”

Joseph Taylor, 36, says he grew up hating his “stereotypical [ethnic] big nose”. He’s since had three nose jobs, the first when he was 17.

Schoolyard teasing played a part in his decision. Joseph says that today he is happy, confident and in control of his beauty choices.(Image: Jess Pace)

“Kids can be horrible,” he says.

“Someone probably said something like, ‘Oh, you big nose’.

“It must have, at some point, really got to me.”

“When we’re young, we’re constantly trying to be the best that we can be on the exterior because we feel that’s all that matters … and we’re so impressionable,” Mr Taylor says.

But it’s not only in our youth that we are susceptible to this influence.

She’s not out to criticize beauty rituals. After all, as she notes, “we are embodied beings; we live in our bodies. It’s how we see other people, how we relate to them”.

And plenty of beauty practices are enjoyable.

Mr Taylor, for example, says today he is happy and confident with his appearance, and he feels in control of the influence of beauty in his life.

“I’ve definitely grown to like the way I am,” he says.

It’s when beauty ideals tip into an obsession that problems can arise.

For example, when not weighing what you’d like ruins your day. When getting one selfie right takes hours of preparation and editing before posting.

Or when not being happy with the way you look might even stop you leaving the house.

These, Professor Widdows says, are things she’s observed in researching her latest book, Perfect Me: Beauty as an Ethical Ideal.

She believes they signal a “very profound shift” in values.

“We’ve gone from beauty being one thing we care about to it being almost defining of who we are,” she says.

“How we present success used to be the car or the house. Now it’s how we look.” 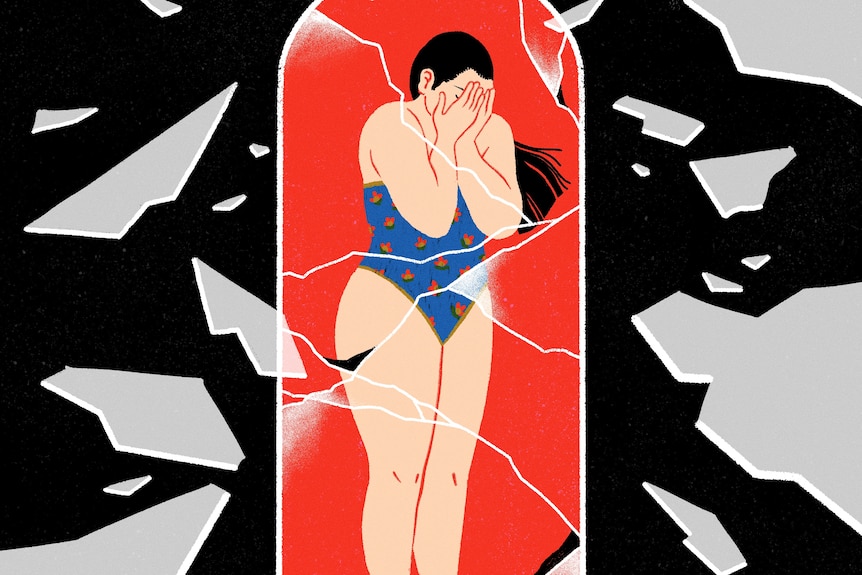 UK philosopher Professor Heather Widdows says our focus on individuals’ beauty decisions, while we increasingly compare ourselves to others online, is becoming a destructive force. 2022.(Illustration: Michelle Pereira)

We live in a more “visual culture” today, where “the image always speaks louder than words”, she says.

Courtesy of social media, we are able to constantly examine our appearance in relation to that of others.

Also, where once beauty treatments were “very topical and superficial”, now “we literally can change the shape of our bodies”, she says.

Philosopher and physician Yves Saint James Aquino argues that with an increase in accessibility, there’s now a “normalization” of body modification, which has also fueled its rise.

“Now because it’s so common, it’s part of people’s lives, they feel less stigmatized… and therefore they feel freer to do it,” he says.

Dr Aquino says another factor has led to the rise of body modification: prolonged exposure to our own faces on video calls throughout the pandemic. 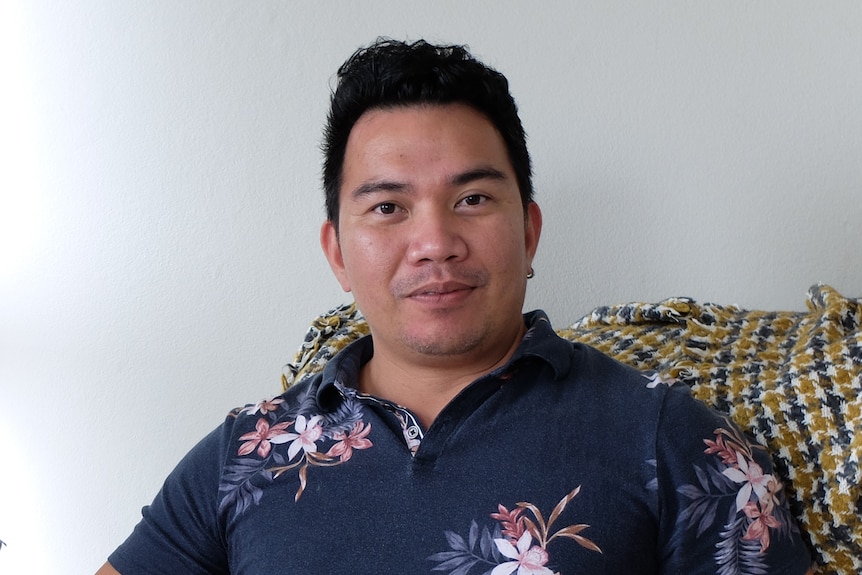 “People are encountering their faces more than ever,” he says.

“That’s when they start noticing things that they haven’t really noticed before.”

This, says Dr Aquino, has led to an uptick in cosmetic surgery around the world.

In the last five years or so, there’s been a sharp increase in the use of injectables (such as in wrinkle-reducing or lip-filling procedures) in Australia. And the Brazilian Butt Lift (BBL) operation is the fastest growing cosmetic surgery in the world today.

At 2018, Australians were spending more per capita on cosmetic surgery than people in the US, with anti-wrinkle (Botox) injections the most popular operation at the time. And while it is mostly women choosing cosmetic surgery, the number of male clients is growing.

Former Vogue Australia editor-in-chief Kirstie Clements had the majority of her cosmetic procedures in her 40s, including lip fillers, botox and collagen injections.

A decade later, she’d had enough.

“I didn’t like that sort of overworked look that it gives you, the kind of chubby cheeks and squinty eyes,” she says. 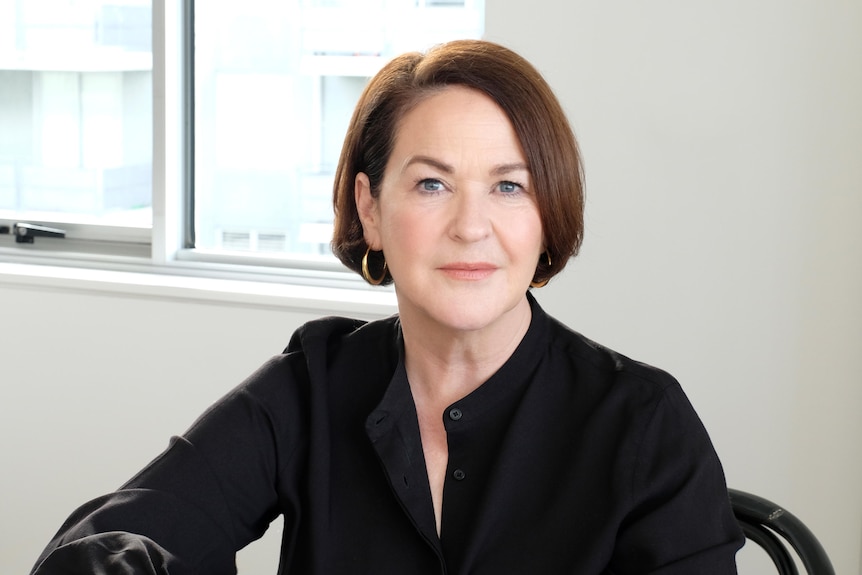 Kirstie Clements is a former Vogue editor-in-chief. She believes ageism is a driving force in the increase of cosmetic enhancement.(Photo: Carlotta Moye)

Ms Clements, now 60, believes ageism is a driving force in the increase of cosmetic enhancement.

“The pressure is for us to try and keep up and to stay young and to be fresh,” she says.

And cosmetic procedures are even more readily available today.

“There are now literally lunchtime procedures where you can go back to work and nobody cares that there’s a few marks in your face,” Ms Clements says.

“They’re not taboo. It’s as fashionable as getting a piece of clothing, which is quite sobering. It’s your skin that’s being punctured.” UK philosopher Professor Heather Widdows says our focus on individuals’ beauty decisions, while we increasingly compare ourselves to others online, is becoming a destructive force. 2022.(Illustration: Michelle Pereira)

Ms Clements calls out the “constant hammering” of edited or altered images that prompt us to question if we should benchmark ourselves against them.

But resisting pressure isn’t just about bravery or defiance; it’s about deflecting messages that arrive with increasing frequency.

Where once we might have encountered beauty images 12 times a year in a monthly magazine, today “you’re seeing things 12 times in 10 minutes” on social media, Ms Clements says.

“It’s getting more and more pervasive … So it’s the strong person who can stand back and say ‘no’.”

Professor Widdows is concerned about a future in which we might “begin to see exceptionally modified bodies as normal”.

To downgrade the status of beauty in our lives, she is calling for a culture shift.

She wants us to ditch the negative comments about other people’s bodies and appearance.

“Often, cosmetic surgery recipients report that their insecurity began with a nasty comment,” she says.

Professor Widdows believes more of us need to understand the harm that negative comments and body shaming can cause, arguing that it should be considered as seriously as any other form of discrimination.

“I say, if you don’t do it [body modifying]don’t feel smug because you don’t feel the pressure,” she says.

Similarly, if you do engage in body modification, don’t question those who don’t.

“Rather let’s think about, culturally, do we want to live in a society where people feel pressured to engage more and more? That’s the bit I want to push back against, the social pressure,” she says.

“Let’s not look at what people do or don’t do. Let’s not say, ‘this practice is okay, that perhaps is not’,” she says.

This story comes from RN Presents: Face Value. Listen for free on the ABC listen app.

Crowdsourced Data on Overdoses Pinpoints Where to Help

Why Men Are Getting The “Executive Edge” Suite Of Procedures